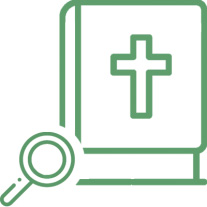 The practice of worship

Liturgy and Prayers for a Time of Drought: This rite is a full liturgy that may be used on any Sunday during a time of drought. It follows the Old Testament notion that times of natural calamity are times for a 'return to the Lord'. It is designed to be used flexibly. You may wish to simply use the regular seasonal liturgy for the day, inserting only those portions that seem advisable for your situation, or the entire service could be used as a special afternoon or evening service.

A Rite of Installation for an Assistant Pastor: Increasingly retired pastors have been appointed to serve part-time in an honorary capacity in the congregations of the LCA and to assist the local pastors in their work. Even though they have not been officially called as pastors to that congregation or parish, they serve there as ministers of word and sacrament. This rite is meant to regularise such an arrangement and to ensure that they have congregational support for their work.

A Rite for Relinquishing Tokens of Office: The following rite provides an opportunity for the pastor who is leaving the congregation (by virtue of call or retirement), or who is leaving the office of the ministry, to publicly relinquish a token of office. The ritual relinquishment of tokens of office provides a symbolic and public expression that the public service undertaken by the pastor in Christ’s name has come to an end in that locality.

New Prayers for Holy Communion: While the LCA worship resources provide many different possibilities for variation in the communion service, they do not give any additional eucharistic prayers, but merely recommend the use of the same prayers for the whole liturgical year. These three prayers are suggested as alternatives to the prayers that are given in the Service with Communion, the Service – Alternative Form and the Modern Liturgy (Worship Today). They have been adopted by the Department of Liturgics and are released for field testing and feedback. The theological foundation for the use of eucharistic prayers is given in the Commission on Worship Statement 32 on the Celebration of the Lord’s supper with thanksgiving.