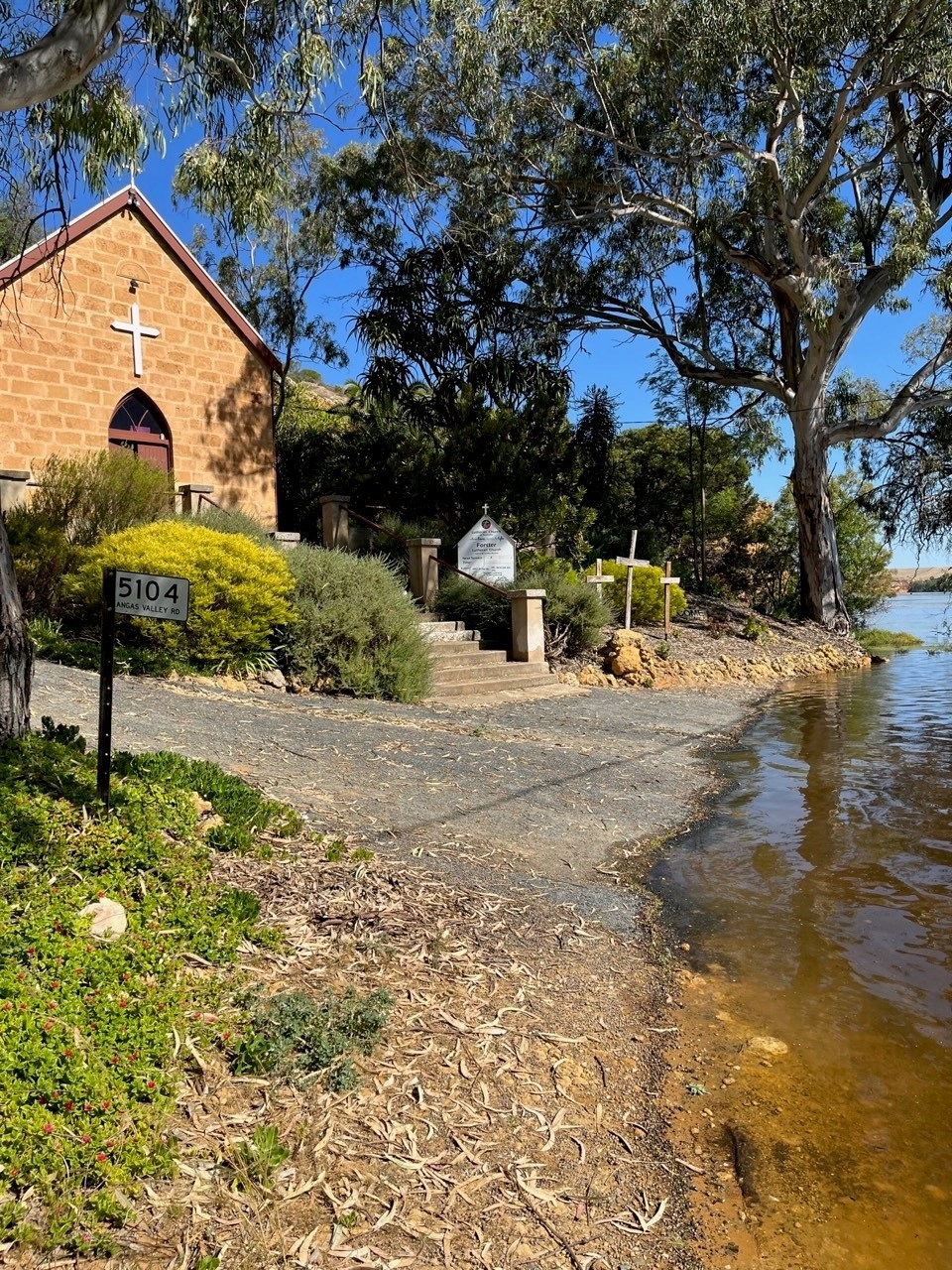 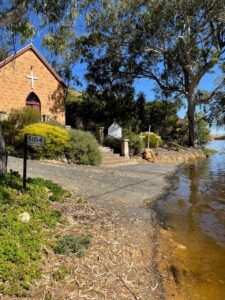 Members of the LCANZ are continuing to rally in support of flood-hit communities in Central New South Wales, with more than $30,000 so far donated to the relief effort via the church’s Disaster and Welfare Fund.

The LCANZ’s General Church Board last week authorised the release of $40,000 from the fund to the NSW and ACT District to be distributed in the areas of greatest need, particularly around the towns of Forbes and Eugowra. The Lutheran church at Forbes was flooded and may not be able to be used for many months, according to NSW and ACT District Administrator Russell Veerhuis.

Central West Lutheran Parish Pastor James Leach and his wife Adele have been supporting locals with visits, home-cooked meals, other food and drinks, gift cards, tracts and other items as needed.

Floodwaters are now inundating South Australian towns along the River Murray and the Lutheran church at Forster and Camp Kedron at Lake Bonnie have been closed. South Australia – Northern Territory District Administrator Angela Rogers said she knew of a number of Lutheran farming families already impacted in South Australia by the rising water levels.

She encouraged LCANZ members to pray for those affected, donate through the Disaster and Welfare Fund and, when and where practical, support the economies of rural communities. SA-NT congregations have been asked to take a retiring offering this week in support of flood-hit communities.

The peak of the floodwaters in several areas is yet to come and, with the clean-up, repair and recovery efforts across south-eastern Australia expected to take many months, more support will be required. Under the terms of the LCA Disaster and Welfare Fund, any funds not used in support of the initial Forbes appeal will be held until required for other purposes. This will likely include other flood- and storm-affected areas across Australia, as needs become apparent.

Ways to donate can be found on the LCA website www.lca.org.au/disaster-welfare

NOTE: Since the story above was published, Western Australia, the Northern Territory, Queensland and New Zealand have all experienced flooding due to Cyclone Ellie and other severe weather conditions.

Prayers for the Flood-Affected

“Psalm 46 declares that God is the refuge and strength of his people, a very present help in trouble. Therefore, let us pray that God would be an ever-present help and refuge to those who have been so significantly impacted by devastating floodwaters across Australia.
Almighty and merciful God, creator and preserver of our world, we ask you to hear our humble prayers for all those affected by the devastating floodwaters in so many parts of our nation . Grant safety to the thousands of residents under evacuation orders. In your mercy, bring relief to affected areas and protect both life and property.
Show your compassion and bring your comfort and relief to all those struggling with flood and storm damage. Be with all those who are frightened or anxious about their farms, homes and livelihoods.
Give courage and hope in the midst of despair. Through the generosity of governments and individuals, provide a future for those whose present circumstances are marked by loss and desperation. Grant wisdom to those who assist, especially government leaders, State Emergency Services, our Australian Defence Force, other emergency workers and aid agencies. And by your gracious hand, rebuild communities where men, women and children are nurtured with care and love.
We pray for pastors and their congregations serving affected communities. We continue to pray for Pastor James Leach and the St John’s Lutheran Church community in Forbes, NSW, and ask you to be with the Lutheran congregations throughout the Riverland and Mid-Murray areas of South Australia. By your grace, enable and equip them to be faithful servants in the midst of hardship and effective witnesses of your saving message.
At this time, may those without genuine peace find true hope in your Son, Jesus.
In His name we pray. Amen.”